Free domestic delivery for orders above $60

Many of you who have been to our store have probably seen this soap, and may have been absolute converts after trying it. So what exactly is the Aleppo soap, and why is it so different from the other soaps? Rows of our Organic Aleppo soap with 40% Laurel oil

Put simply: it is a fragrance-free and plant based soap first discovered over 2000 years ago in the city of Aleppo, Syria. Widely acclaimed for being among the best remedies for all sorts of skin issues, especially eczema, the soap has one key ingredient - Laurel oil.

We made a trip to France recently to visit Madame Akila Mansour, the Aleppo soap master we have been partnering with to bring her soaps to Singapore. She hails from Syria, and has been handcrafting this historic soap since 2004 - in her factory based in the French Burgundy region (yes this region is famous for their wines too!)

ALEPPO: OLDEST SOAP IN THE WORLD

Before we begin, it might be interesting for you to google Aleppo and check out its location on the world map if you don't already know where it is.

The city of Aleppo was founded since the 6th millennium B.C at the crossroads of several trade routes, making it one of the oldest surviving civilisations left. 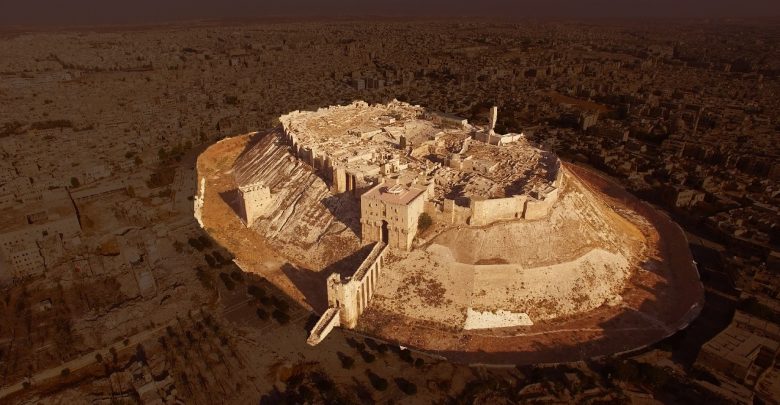 And at its heart lies a precious craft, one that has been passed on through the generations. If one were to guess, a humble soap-making technique will probably not come to mind. The Aleppo soap is said to be the oldest soap in the world, handmade inside workshops hidden in the labyrinth streets of this ancient city.

The true soap is made with only 4 ingredients: Olive oil, Laurel oil (the magic ingredient behind this soap!), Soda ash and water. It is amongst the purest of soaps you can find, free of any fragrances, additives, colouring and is 100% plant-based.

THE MAGIC LIES IN ITS LAURELS 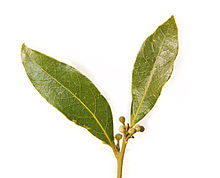 The laurel oil is key to the healing properties of this soap - being the common remedy for healing and soothing all types of skin irritations. The oil is basically a medicinal salve for open wounds due to its properties:

While the composition of the soap remains rather simple, it has multiple uses! Akila shares that her family uses laurel oil for all kinds of conditions, from relieving skin allergies and colds to warding off insects. She added that an effective Aleppo soap has to comprise of a minimum of 15% laurel oil composition to be considered a proper treatment soap.

The laurel oil used in her soaps continues to be sourced directly from Syrian farmers, which helps to support an industry that has been battered by the devastating years of war.

HOW IS IT MADE

We visited the factory to find out! The unmistakable scent of laurel oil wafts through the whole factory.

The process of preparation involves boiling all the ingredients in large vats for 3 days before pouring the rich mixture out into shallow basins and allowed to cool, under the watchful eyes of Akila. She oftens sleeps over in her factory on production days to ensure that everything is running well! THE STORY OF A SYRIAN SOAP MASTER - It's in the genes!

“J’adore faire des savons d’Alep!” chimes Akila Mansour (featured above!), who cannot hide her excitement when talking about her passion - crafting Aleppo soaps. She shares with us that she grew up in Latakia, by the coast of Syria but moved to France in 1989.

She started her first production back in 2004, using methods that were taught by her parents and grandparents. The certain “savoir faire”, or the know-how in French, is what maintains the integrity of the soap. Madame Akila uses only the first-press of organic olives, and fair-trade laurel oil to create all her soaps, which explains why her soaps are lighter in colour, and creamier in texture. “The first press of organic olives ensures that the purity of the oil is retained, and contains all the richness of vitamins and antioxidants, including the all-important vitamin E,” Mansour explained in French. Combining this with the protective nutrients of the laurel oil, the Aleppo soap is hard to beat in terms of quality and effectiveness.

FINDING THE RIGHT ALEPPO SOAP FOR YOU

We carry only Aleppo soaps comprising of a minimum of 20% laurel oil concentration, and through our extended partnership with Akila, we are now carrying an expanded range of organic Aleppo soaps made by her in France, as well as a traditional option that is still made in Syria.

Shop Aleppo soap flakes for laundry here (these can be purchased by weight in our beauty kitchen. We offer recycled containers in store, and we welcome you to bring along your own too!

We will also be offering liquid Aleppo soap sold by volume in our refillery soon. Please check for updates on our instagram.

Please send us any questions you have by leaving a comment below.

Earn 100 loyalty points* when you create an account with us!
*equivalent to $5 storewide value